We met this week to finish out our game on Matt's excellent table. Last week left us with Howard attempting to escape from Balin's Tomb and not lose any more men and my Dwarfs preparing for an assault from a Cave Troll and more Goblins.

We send in the Gollem to do battle with the Troll and Goblins. He makes quick work of the Goblins but the Troll proves a powerful adversary. After several rounds of combat the Troll is put down. 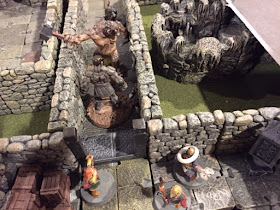 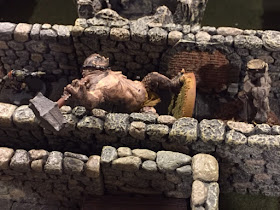 Meanwhile Howard's troop comes across a strange creature who advises them on the direction of the exit. Un-trusting fellows they head off in the opposite direction. Good idea as I was to later discover. 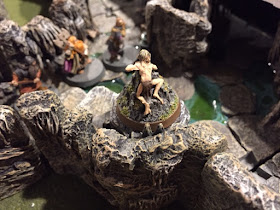 Seeing a build up of Goblins at the far end of the corridor my Prince seeks a hidden passage out. He finds a likely spot and with the help of the Gollem but through into the caverns. The Dwarfs split up again and send the Stone Gollem to fight off the Goblins. 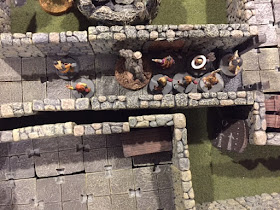 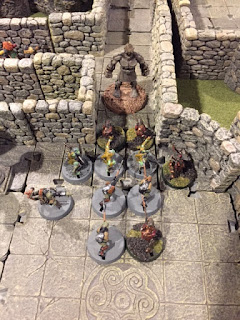 We encounter Howard's troop in the hallway and let them pass. Thinking they had missed the easy way out of the Mines we head off in the direction they had come with all of my band back together.

We meet the creature who gives us directions which we foolishly follow. 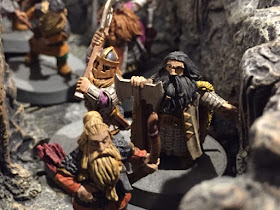 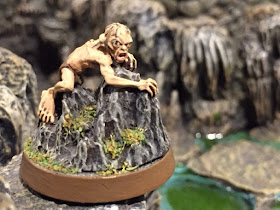 Howard's troop continues on and stumbles into a room loaded with treasure and Goblins. He gathers what he can and fights his way out of the mines. 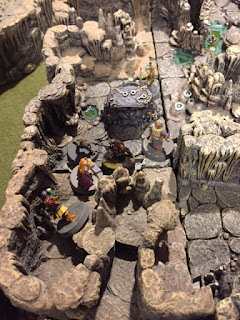 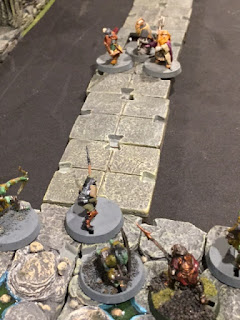 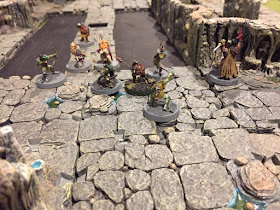 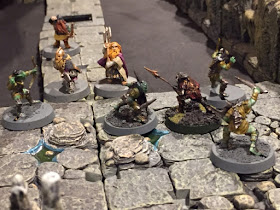 His King and a companion are all that are left as the cross out of the deadly mines. 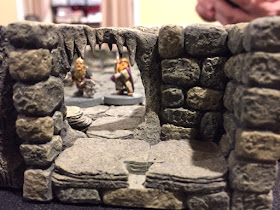 I had been sent off on a circular path by the creature but in the end found a door out and exited the mines the way we had entered. None to soon as more Goblins and another Cave Troll awaited us. 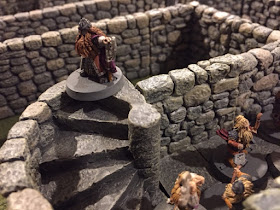 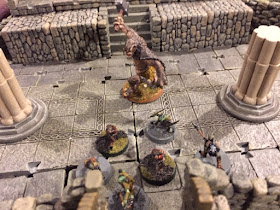