First game of the Year

As I was breaking down the Christmas Train table I decided I should try to get a game in One Hour Skirmish Wargames seemed to fit the bill. The first try was with the first scenario in the book, Capture the Cannon, using AWI figures. After two turns I realized I had made a few mistakes so decided to start over.

For the second game I used GNW figures. 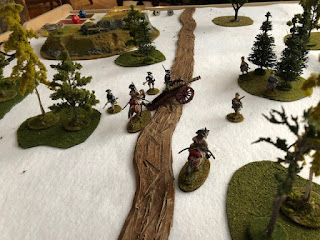 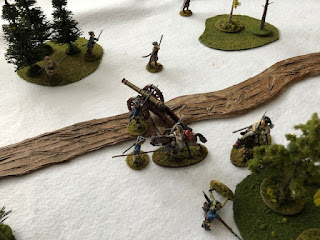 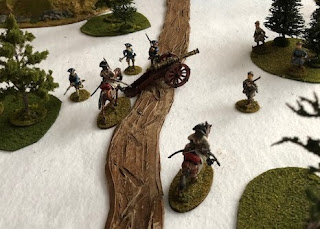 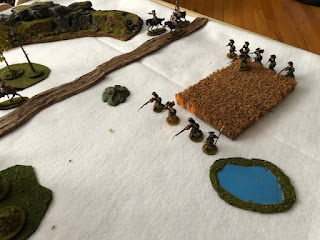 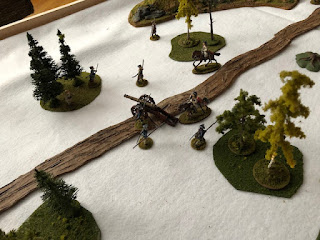 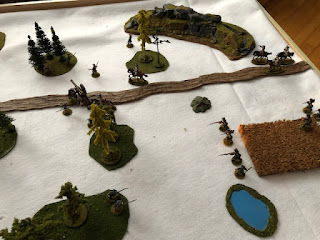 The Swedes with their Cossack allies moved up to the cannon to keep the Russians from recovering it. The Russians quickly attacked with part of their cavalry while the infantry moved up on the left. The Russian cavalry overpowered the opposing Swedes but a well aimed shot from a Cossack Marksman killed the Russian leader and the rest of the force lost confidence and fled.
A fun little game. It probably lasted less than an hour but the scenario is only 5 turns long.
Here's a couple reviews of the rules.
https://daleswargames.blogspot.com/2018/12/one-hour-skirmish-wargames-review-part-1.html
http://upthebluefow.blogspot.com/2022/01/play-thru-one-hour-skirmish-wargames.html
Next up, Captain Hunt goes hunting Boer. 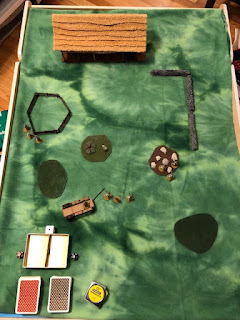