We got together for a four player CoC game. Nate and I were the Americans while Matt and Howard played Germans. The Americans were tasked with pushing the Germans out of their positions in the town.

The Americans moved on to the table quickly but then the assault started to stall. On the left Nate was able to move up and engage with support of a Sherman but it was ambushed and destroyed. 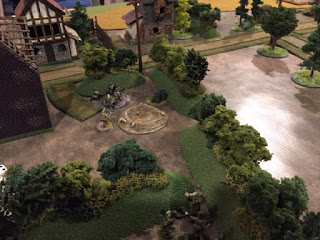 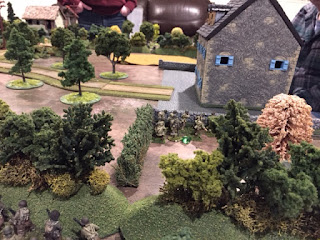 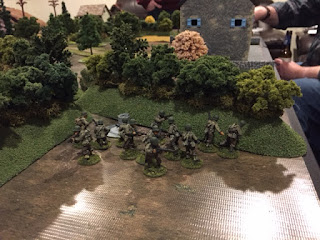 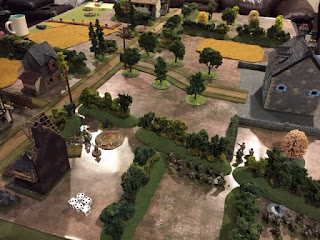 On the right my troops came under a heavy suppressive fire and the troops hunkerd down behind a wall stopping their advance and only returning fire. 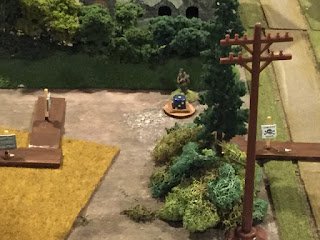 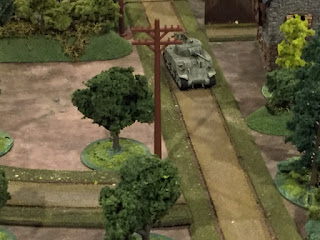 A second Sherman moved up in support but that was taken out by off table 88s. 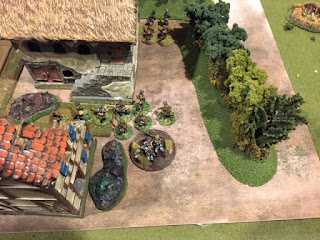 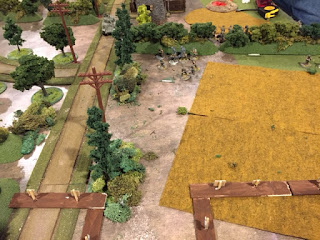 The Germans stationed in the farmhouse pour a devastating fire into the Americans as they moved across the open fields. The US attack had stalled on both sides and the hour was late so we called the game.

It was another enjoyable game of CoC. Once again I left the table thinking of what I could have done better to achieve my units goals. Spending some more time reading the rules will help and remembering some of the special rules for my army is key also.

This was the third game of CoC for the 6x6 challenge and I can see how playing games close together and consistently help improve the experience.